* Both authors contributed equally to this research. 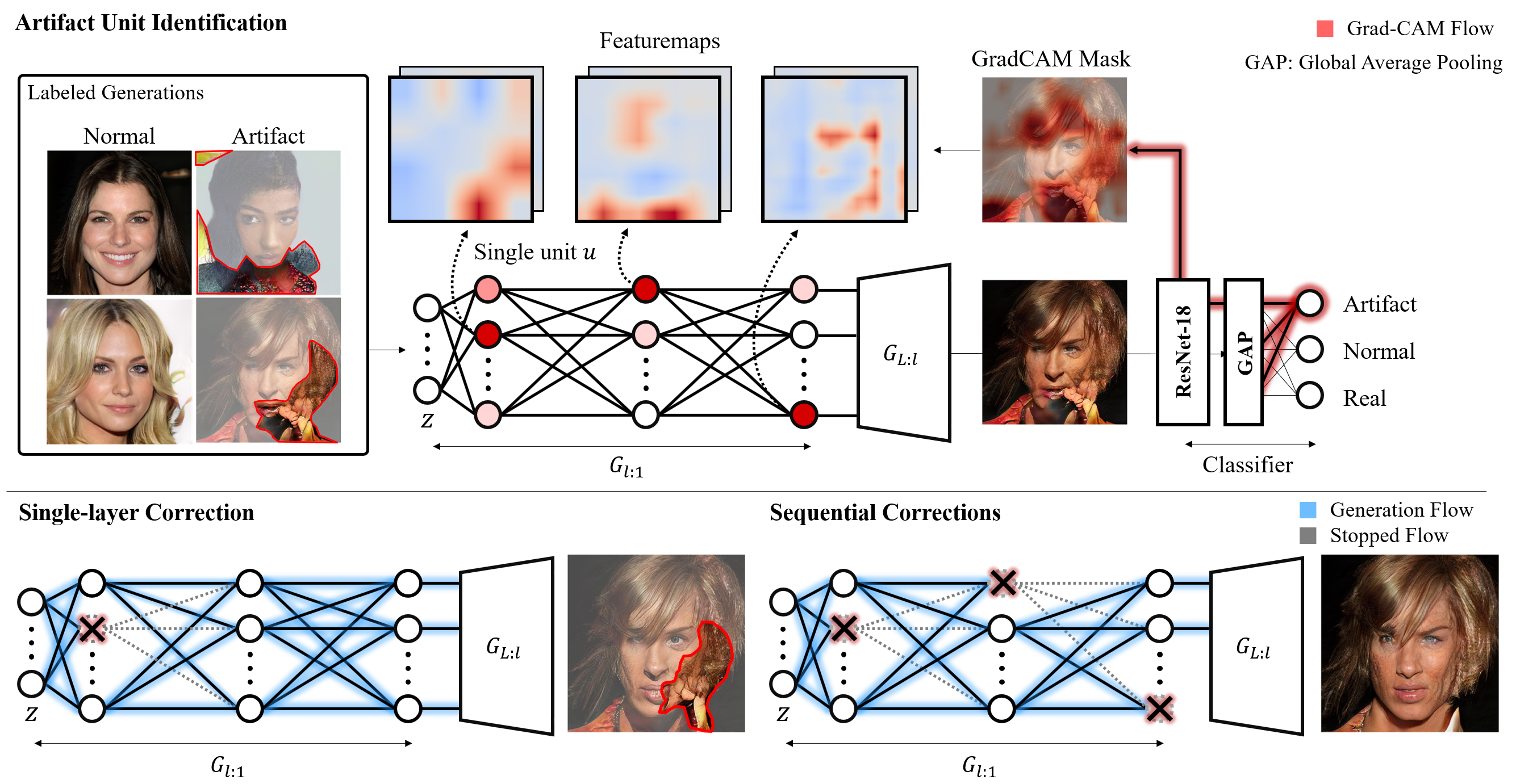 Generative Adversarial Networks (GANs) have shown satisfactory performance in synthetic image generation by devising complex network structure and adversarial training scheme. Even though GANs are able to synthesize realistic images, there exists a number of generated images with defective visual patterns which are known as artifacts. While most of the recent work tries to fix artifact generations by perturbing latent code, few investigate internal units of a generator to fix them. In this work, we devise a method that automatically identifies the internal units generating various types of artifact images. We further propose the sequential correction algorithm which adjusts the generation flow by modifying the detected artifact units to improve the quality of generation while preserving the original outline. Our method outperforms the baseline method in terms of FID-score and shows satisfactory results with human evaluation.

The term artifact has been used in the previous work to describe the synthesized image which have unnatural (or undesired) visual patterns. Below figure shows illustrative examples of artifacts in the PGGAN with various dataset.

In order to identify the internal units which cause high-level semantic artifacts, we hand-label 2k generated images to normal or artifact generations. Then we build a model to classify our dataset into three categories, namely: artifact, normal and randomly selected real samples. We employ image classifier (e.g. ResNet-18) as our feature extraction module and introduce one fully connected layer on top of it for classification. After training, we apply Grad-CAM to provide us with a mask for the defective region in each generation. 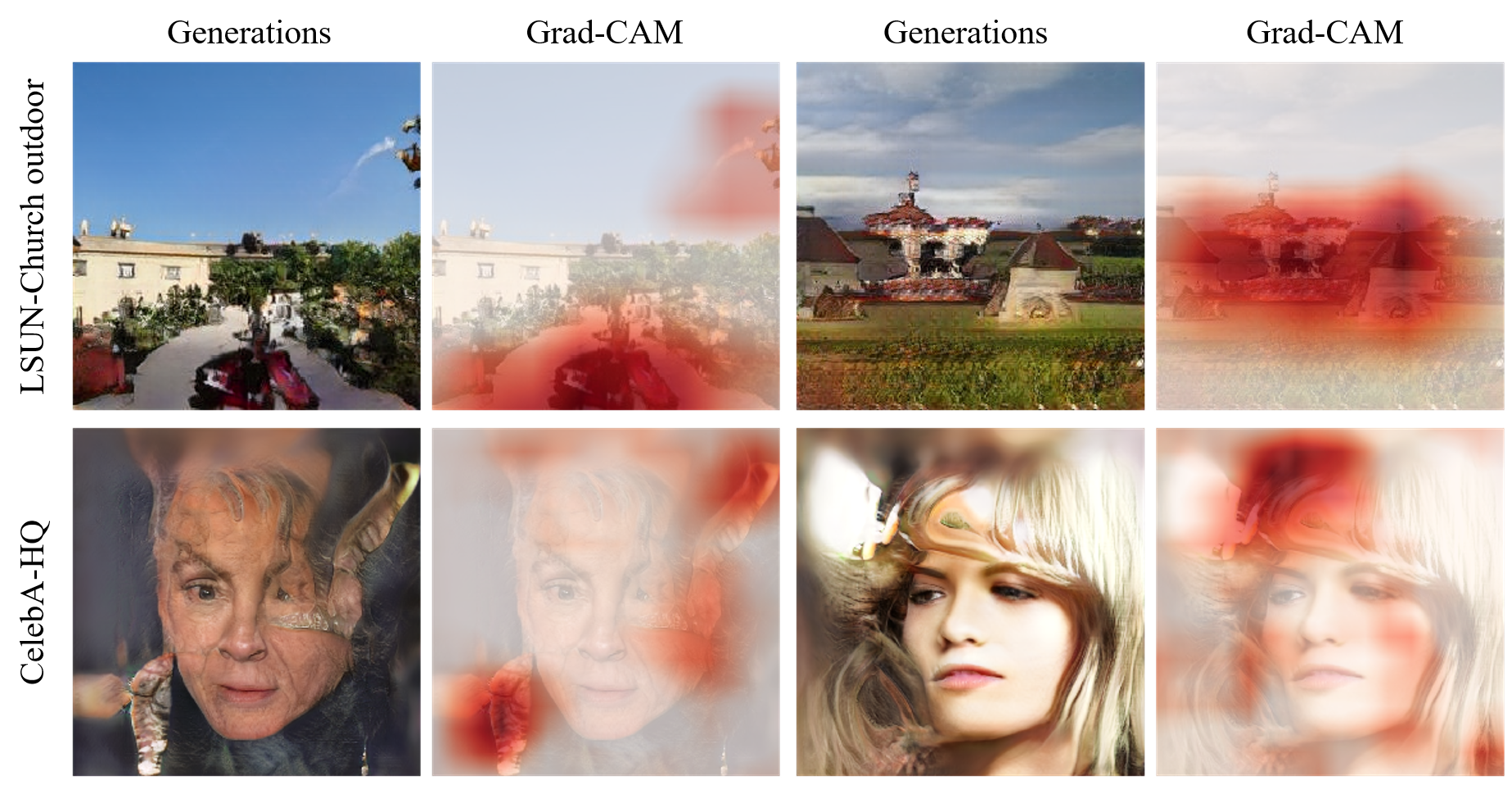 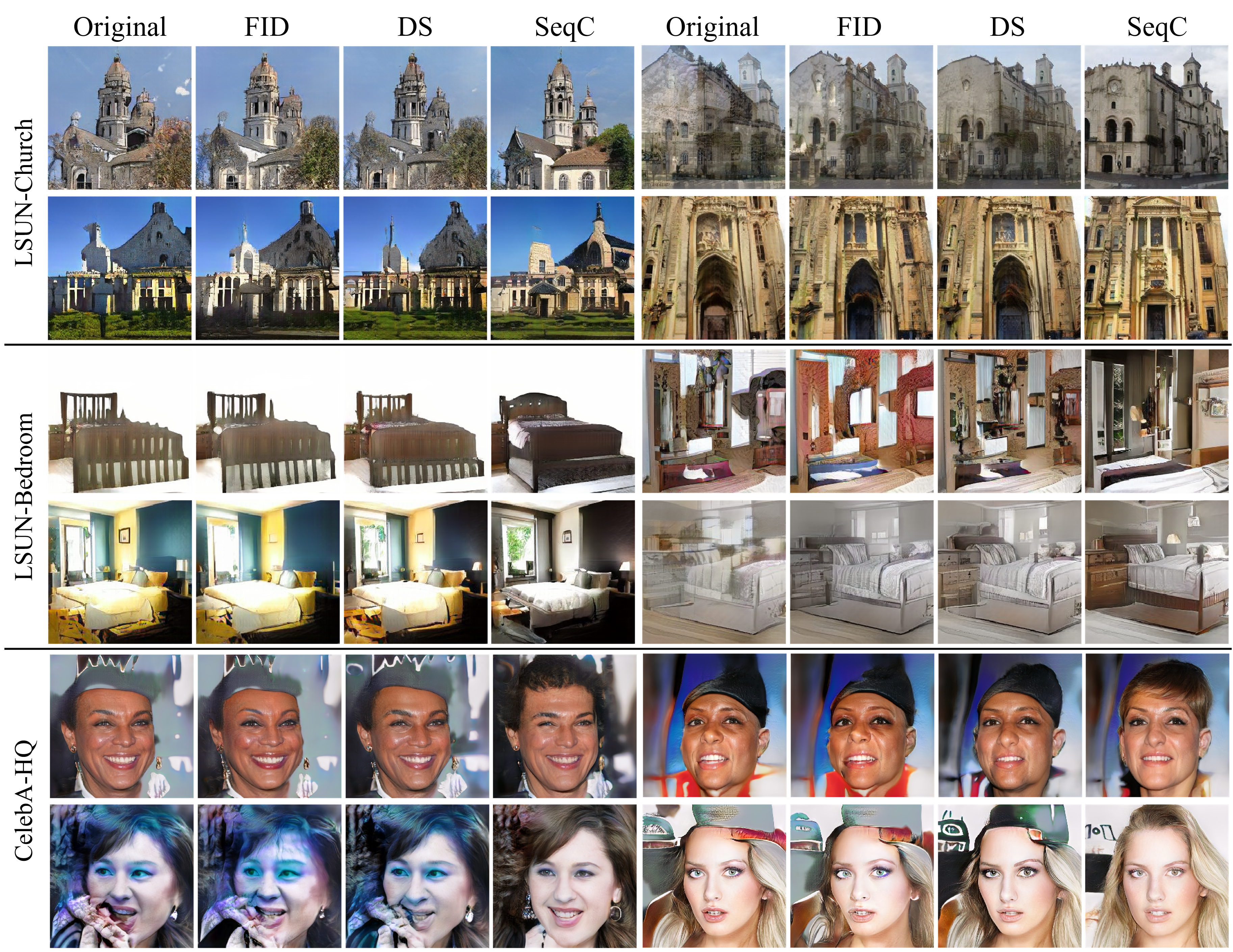 Although the proposed method is performed on the generator with a conventional structure, the same approach with minor modification can be generalized for the recent state-of-the art generators such as StyleGAN2. 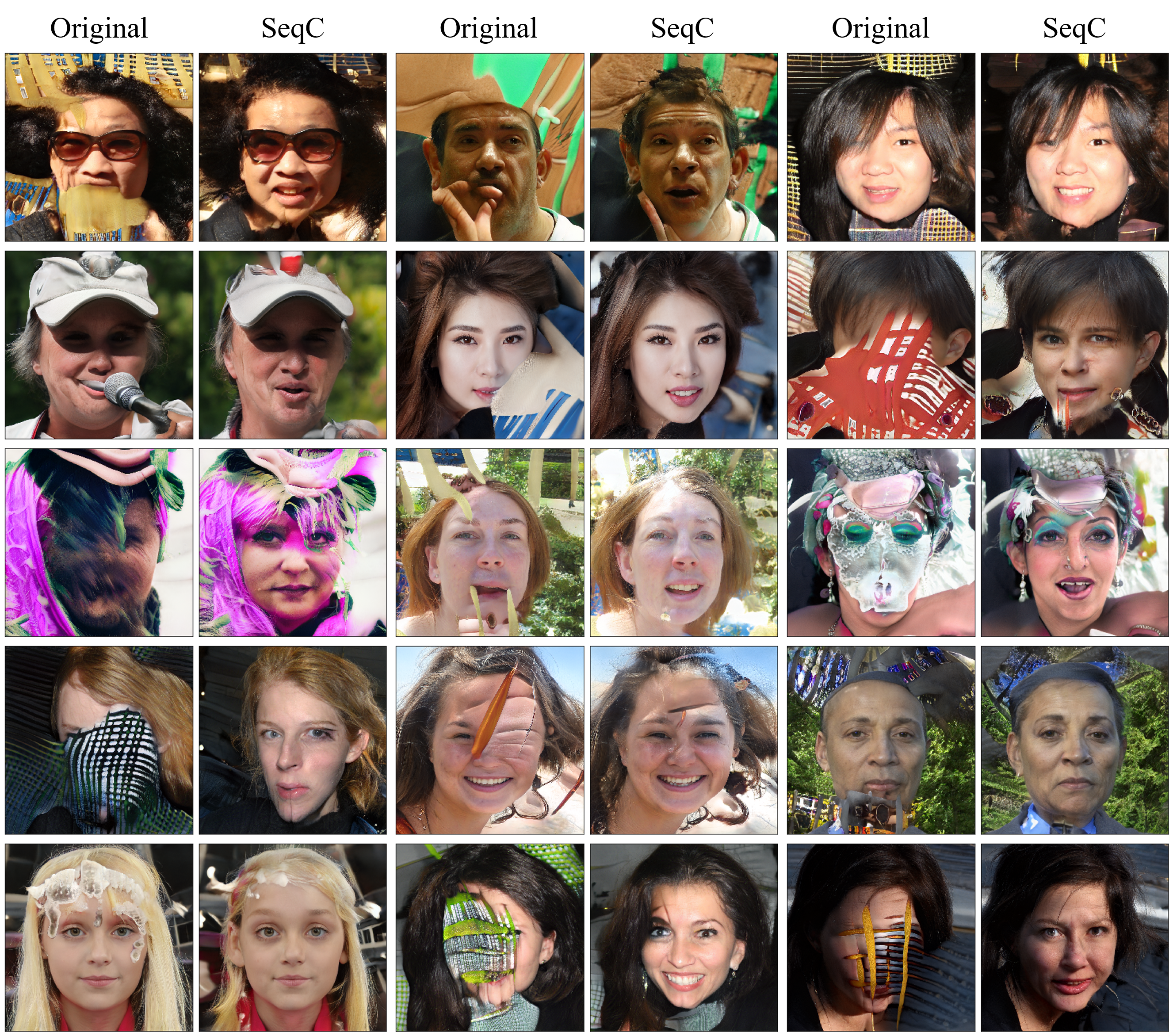 booktitle={Proceedings of the IEEE/CVF Conference on Computer Vision and Pattern Recognition},