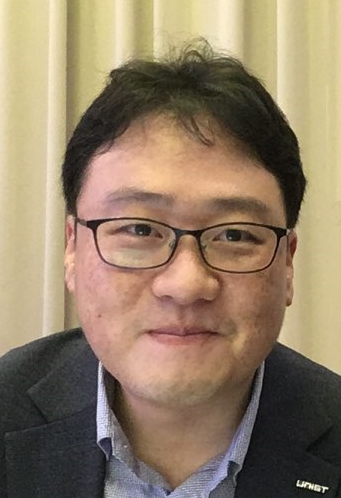 Jaesik Choi is an associate professor (tenured) of Graduate School of Artificial Intelligence at KAIST since September 2019. He is also a director of Explainable Artificial Intelligent Center established by ministry of Science and ICT, Republic of Korea. He had been the Rising-Star Distinguished associate professor in the School of Electrical and Computer Engineering at UNIST (Ulsan, Korea) and an affiliate researcher of the Lawrence Berkeley National Laboratory (the Berkeley Lab) until August 2019. He had been an assistant professor at UNIST from July 2013 to August 2017. He was a Computer Scientist Postdoctoral Fellow of Computational Research Division at the Berkeley Lab. His research focuses on learning and inference with large scale, complex systems, explainable machine learning models and spatio-temporal data analysis. He received his Ph.D. in Computer Science from the University of Illinois at Urbana-Champaign (2012) and received B.S. degree in Computer Engineering from Seoul National University (2004).

A paper, XAI – Explainable artificial intelligence, co-authored with David Gunning and other colleagues is published at Science Robotics (December 2019).

I moved to KAIST and join Graduate School of Artificial Intelligence (September 2019).

I have received a prime minister’s commendation (April 2019).

I have been named as one of the Rising Star Distinguished professors of UNIST (September 2018).

I have received a prestigious award, POSCO Innovation Award 2018, from POSCO (August 2018).

I have been named as the POSCO steel fellow professor (August, 2017).

I become a director of the explainable artificial intelligence (XAI) center to lead the 5 years of project that is supported by the ministry of science and ICT (July 2017).

Slides for Deep Learning for Time Series for PRML 2017 Winter at Korea University.

Slides for Machine Learning for Sequential Data at ICCAS 2016 are available, Part 1, Part 2, Part 3, and Part 4.

Slides for Bayesian Nonparametric Tutorial for PRML 2016 at Korea University.

My research group, Statistical Artificial Intelligence Lab (SAIL@UNIST) at UNIST, currently has openings! If you are interested in the positions, please apply.

A fast and effective way which could achieve up to 100X of compression ratio of many real-world big data. “Novel Data Reduction Based on Statistical Similarity” with Dongeun Lee, Alex Sim and John Wu is accepted at SSDBM-16 (May 2016).

A new perspective to analyze the success (failure) probability in dynamical compressive sensing framework. “Improving Imprecise Compressive Sensing” with Dongeun Lee and Rafael de Lima is accepted at UAI-16 (May 2016).

A report on machine learning for Legislative Knowledge Service is published in the National Assembly Library of Korea.

A new National IT Industry Promotion Agency (NIPA) grant is acknowledged (January 2015 ~ December 2016, Role: Co-PI, 200M KRW about 183K USD for my portion). This is a collaborative effort with the City of Ulsan (PI: Ulsan Economic Promotion Agency) and Daedo Techra, a local manufacturing company.

A new Korean National Research Foundation (NRF) grant is acknowledged (PI: Jaesik Choi, December 2014 ~ November 2017, 600M KRW about 557K USD). This is a collaborative effort with Dr. R. Vilim and Dr. Y-S Park at the Nuclear Division of the Argonne National Laboratory. The new research project, “Development of Fault-Diagnosis Algorithms for Current and Next-Generation Nuclear Systems”  is officially initiated. Many thanks, Korean NRF and US Department of Energy (DOE), and the selection committee!

As of July 29th, I joined the Ulsan National Institute of Science and Technology (UNIST) as an assistant professor in the School of Electrical and Computer Engineering. My research group, Probabilistic Artificial Intelligence Lab. (PAIL), currently has openings!

A new way of searching videos without tags! Paper, “A Spatio-Temporal Pyramid Matching for Video Retrieval” with Ziyu Wang, Sang-Chul Lee and Won J. Jeon is accepted at CVIU (February 2013).

In January 2013, I joined the Lawrence Berkeley Lab as a postdoctoral fellow to solve machine learning problems with big data.

Our lab has multiple openings for graduate studies. We hope to receive excellent applications! http://pail.unist.ac.kr/contacts/open-positions/